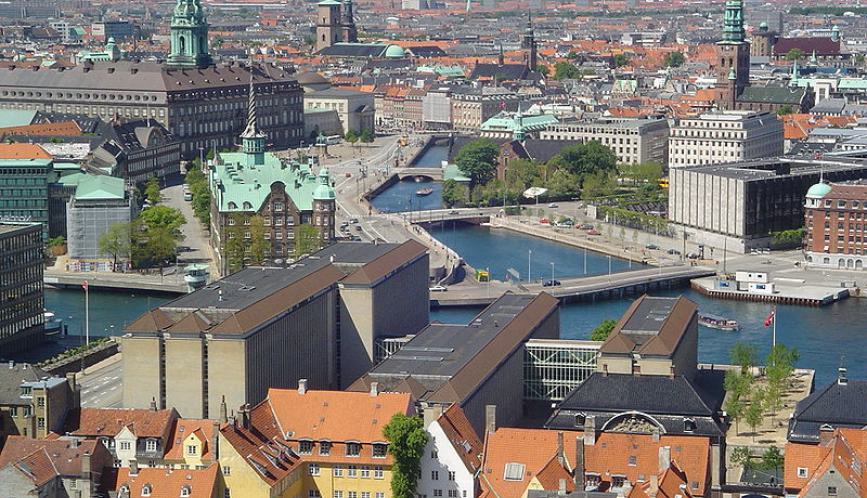 Scandinavia is often hailed for its relatively low levels of socioeconomic inequality - not to mention its generous social welfare policies. Using Denmark as an example, HCEO Co-Director James Heckman and MIP network member Rasmus Landersø take a closer look at the so-called “Scandinavian fantasy” in a recent HCEO working paper. Their findings show that by many measures the difference in social mobility between the U.S. and Denmark is not as large as you might think.

As the authors state in “The Scandinavian Fantasy: The Sources of Intergenerational Mobility in Denmark and the U.S.”: While the Danish welfare state seeks to promote equality of opportunity compared to the U.S., many barriers remain. Denmark boasts free college tuition, virtually universal free pre-K, and a generous family leave policy. Despite all these policies, the authors found that low-income Danish children are in many aspects about as dependent on their parents as their U.S. counterparts. Intergenerational educational mobility is also about the same between the two countries, and “the influence of family background on educational attainment is surprisingly similar in the two countries.”

There is a vast literature that reports income mobility is higher in Denmark than in the U.S. Intergenerational mobility is usually based on the intergenerational elasticity (IGE), “a regression coefficient showing the percentage change in a child’s income associated with a percentage change in parental income.” Heckman and Landersø show that estimated IGEs depend largely on the measure of income used. “Considering all market incomes, there aren’t that many differences,” Landersø says. Yet this does not contradict earlier findings mentioned above. When focusing on wage earnings alone, or when transfers and/or taxes are accounted for, stark differences between the two countries emerge. Thereby the authors conclude that wage compression and tax-transfer policies are the main sources behind the different levels of income-mobility in the two countries.

From there, the authors examined educational mobility, as one might expect it to be higher in Denmark than in the U.S. in light of the institutional differences. “It turned out that when we compared the two levels in the U.S. and Denmark, we couldn’t really find any noteworthy differences,” Landersø says. There are two main reasons for this. One is that, looking at incomes, Denmark is much more equal than the U.S., so there are fewer economic incentives to pursue education. “The second point is that Denmark invests heavily in equal access to education, but not effectively enough in early ages. Much of these investments fall relatively late,” Landersø says. He adds that, “In Denmark, a child from a family in the top 1% of the income distribution receives on average roughly twice as much in education support as the average child in below median income families, simply because children from affluent families are much more likely to pursue higher education, as we find in the paper.” That it is children from high resource families who predominantly make use of Denmark’s offer of free college tuition and generous education support suggests that its early investments are not effective enough.

According to Landersø, the paper offers lessons for both countries. For the U.S., it shows that you can promote skills by investing in early childhood, as disadvantaged Danish children exhibit more favorable cognitive test scores than their American counterparts. “The Scandinavian Fantasy” also shows that you can induce income mobility through transfers. “One lesson in Denmark is that incentives in terms of education matter,” Landersø notes. “Economic incentives in terms of education are quite low in Denmark for the very same reasons that post tax and transfer income mobility is high; and that hinders educational mobility.”

The two countries face several of the same challenges going forward. According to Landersø, “All of the problems that you see in the U.S. are also evident in Denmark – some may be weakened by the welfare state but the underlying issues are the same.” As one example from the paper shows, “Neighborhood sorting by family socioeconomic status is prevalent even in Denmark,” meaning that individual with similar backgrounds are likely to live in the same neighborhoods. As an example of a derived consequence of the sorting, Landersø notes research, not included in this paper, showing that daycare centers in more affluent neighborhoods “are basically better, even though it’s supposed to be universal and the same for everyone.”  He continues, “It might not be because daycare or schools are expensive but houses in the right neighborhoods are.” While differences in income between families in more affluent areas versus less affluent areas in Denmark are very different from what you would see in the U.S., differences in opportunity remain. “In Denmark we can redistribute income, but we can’t redistribute skills,” he says.

Furthermore, in both countries, “cognitive and non-cognitive skills acquired by age 15 are more important for predicting educational attainment than parental income.” Indeed, Denmark’s welfare state may invest in early childhood to a much greater degree than the U.S. in addition to redistributing adult incomes, yet “it has not eradicated the strong influence of parents and early childhood conditions.” While Denmark may be effective at boosting cognitive test scores for disadvantaged children, as the authors note, “test scores are not the whole story, or even the main story of child success.”

Landersø notes that “one may favor one country over the other due to subjective views on, for example, income inequality, redistribution, or social insurance.” But Heckman and Landersø stress that their paper is not intended to be seen as a statement about “the optimality and fairness of the U.S. and Danish systems. (emphasis theirs)” It does, however, serve as “a cautionary note to the many enthusiasts endorsing the Scandinavian welfare state.”

Based on their findings, the U.S. incentivizes education, while Denmark promotes cognitive development for disadvantaged children but still has plenty of room for improvement in this regard. Can the American dream of equal opportunities be realized in either country? According to the paper, “equality of opportunity is not present in Denmark.” Both countries would do well to combine aspects of either system with the aim of attaining greater intergenerational mobility.

“The Scandinavian Fantasy” has garnered widespread attention, including articles on the findings in The Atlantic and the Washington Post. As Landersø notes, this paper is the first to look at several dimensions of income mobility and educational mobility together to get a more coherent picture of the two societies. “Investigating this seems like a critical point in terms of understanding what the relationship is between the welfare state, universal public investments at different stages in life, social mobility, and equality of opportunity."

Thanks to Dr. Rasmus Landersø and Professor James Heckman for their assistance in completing this article.