Research Spotlight: When the Great Equalizer Shuts Down: Schools, Peers, and Parents in Pandemic Times

When the Great Equalizer Shuts Down: Schools, Peers, and Parents in Pandemic Times 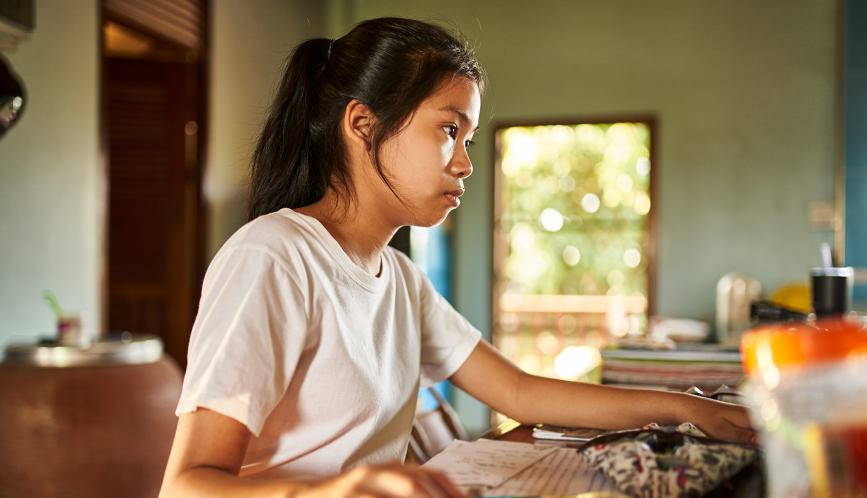 Student sitting at a desk and looking at a computer at home.

In early 2020, as the coronavirus pandemic spread rapidly, schools around the world shuttered. Since then, most children have experienced interruptions to their education as some schools have reopened, some have reopened and closed again, and others have remained closed. While the closures were made in order to keep students, their families, and school workers safe, it is apparent that the learning losses will have lingering effects and that may widen existing education disparities. A recent McKinsey report found that in the fall, students on average started school three months behind on math. Students of color were between three and five months behind, while white students were one to three months behind.

In their recent HCEO working paper, “When the Great Equalizer Shuts Down: Schools, Peers, and Parents in Pandemic Times,” Francesco Agostinelli, Matthias Doepke, Giuseppe Sorrenti, and Fabrizio Zilibotti investigate the effects of the school closures on children’s education and what policies might help mitigate learning losses. While COVID-19 affects everyone, Agostinelli points out that it impacts children in distinct ways.

“In particular we find that children that come from poor neighborhoods are the ones most affected by this,” he says. “That exacerbates socioeconomic and educational inequality.”

In order to understand this, the authors assess three channels through which the crisis affects children and how those channels interact during a pandemic. The first is the effect of closing in-person classes and switching to online instruction. The second is the changing peer environment, “which includes the psychological impact of losing contact with some friends and a changed pool for making new connections.” The third input is parents’ response. The paper focuses on high school students in grades nine through 12.

The authors start by collecting evidence on the importance of the three inputs. For example, earlier work from the RAND Corporation on learning losses during summer vacation shows that the difference between a child who does not continue with studies during the summer and a child who continues to learn at the usual pace is about seven points in math and four points in English. This means that “a gap equivalent of more than an entire school year can arise.”

The authors then construct and structurally estimate a model to quantify the joint effects on children’s learning, with an emphasis on potential differences in effects across socioeconomic status. The structural model is based on earlier work by Agostinelli et al. that “captures how children’s skill acquisition depends on educational inputs such as the quality of schools, parental inputs that include educational investments and parenting style, and on peer groups that are endogenously chosen.” The paper also uses pre-pandemic evidence from the Add Health data, which follows a panel of high school students in the 1990s.

The paper shows that all three inputs are impacted by the pandemic, and the effects lead to worse outcomes across the board for low-income children. Separation from peers reduces children’s learning, with school closures leading to “more segregation in the peer environment for children from rich and poor families.” The closures also place additional demands on parents, with higher-income parents better able to meet those demands.

Peer effects proved to be the most important input. “In a counterfactual that keeps the peer environment constant but introduces all other pandemic-induced changes, the change in educational inequality is reduced by more than 60 percent,” the authors write. The paper shows that average grade point average (GPA) falls for children from low-income census blocks and actually increases for children from high-income blocks. This is in part due to the overall lower quality of virtual instruction and in part to changes in the peer environment from school-level to neighborhood-level, which increases socioeconomic segregation.

As for parental investments, high-income parents are more likely to work from home during the pandemic or have flexible work arrangements. High-income parents may also have greater access to technology and other materials needed for virtual instruction. In the richest neighborhoods, the authors note, “the response of parental investments is 50 percent larger compared to average parents, and 70 percent larger compared to the poorest parents.” The pandemic has also been shown to increase authoritarian parenting styles for low-income parents, which typically increases when peer effects deteriorate and when a child’s own skills are lower. This leads to negative outcomes for children, thus further widening educational inequality.

The pandemic is also impacting skill accumulation, which could potentially affect students future labor and life outcomes. The paper shows that children in the highest-income neighborhoods are once again unaffected, as increased parental investments and improved peer environments more than offset the negative effects of school closures. For children living in the lowest-income neighborhoods, the skill loss when entering tenth grade amounts to 0.6 standard deviations. As the authors point out, in terms of GPA, this means that, for example, “a straight-B student before would now be getting a C grade in almost half of the subjects.”

The authors then use the estimated model to forecast how these skills will be impacted for the rest of high school, finding that the negative effect diminishes over time. Higher-income children will lose some of their gains as “they interact with weaker peers in school,” while lower-income children will experience positive peer effects. Though in the long-run, the outcomes remain unequal. “At the end of high school, the average human capital deficit is about 12 percent, ranging from 5 percent in the most affluent communities to 30 percent in the poorest ones,” the authors write.

This paper makes clear that each channel studied contributes to greater educational disparities. These findings must be taken into consideration as policymakers grapple with decisions such as when and if schools should reopen, and for which students, or whether additional schooling should be offered, and which students should be targeted for such programming. Indeed the  timeliness of such decisions is crucial. McKinsey finds that targeted action could reduce learning loss for students of color from 11 to 12 months, to six to eight months.