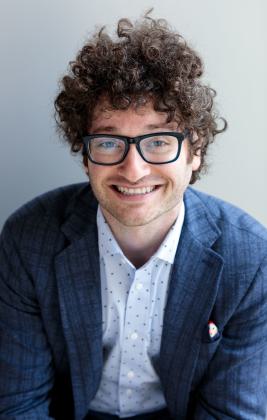 Alex Imas’s research examines how people learn and make decisions over time. Most recently, he studied how incorrect beliefs both feed into and propagate discrimination. Using formal theory and empirics, he shows that the evolution of discrimination—whether it is mitigated or exacerbated—depends critically on the extent of bias in the evaluation process and people’s awareness of it.

Imas is the recipient of the New Investigator Award from the Behavioral Science and Policy Association, the Hillel Einhorn New Investigator Award from the Society of Judgment and Decision Making, the Distinguished CESifo Affiliate Award, and the NSF Graduate Research Fellowship. He was included in Pacific Standard’s 30 Top Thinkers under 30. His research has been published in the American Economic Review, Proceedings of the National Academy of Sciences, and Management Science, among others.

Imas was born in Bender, Moldova. Before joining the University of Chicago, Imas was the William S. Dietrich II Assistant Professor in Behavioral Economics at Carnegie Mellon University. He did his PhD in economics at the University of California, San Diego and earned a BA from Northwestern University. Prior to graduate school, Imas helped found a startup and co-authored several patents as part of its intellectual property strategy.

Mimetic Dominance and the Economics of Exclusion: Private Goods in Public Context