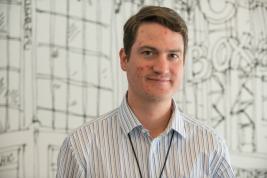 Greg Walton is an Assistant Professor of Psychology at Stanford University. Much of his research investigates psychological processes that contribute to major social problems and how "wise" interventions that target these processes can help address such problems. These psychological interventions can be minor in scope and duration but generate long-lasting effects. For instance, one 1-hour intervention he developed with Geoffrey Cohen to bolster students' feelings of social belonging in the transition to college raised the academic achievement of ethnic minority students over 3 years, and cut by half the achievement gap with white students.

Other research investigates the bases of academic motivation and of willpower, how to increase voter turnout, how to promote environmental behaviors, and how to reduce intergroup prejudice. In addition to his research, he teaches courses on psychology and social problems, including one entitled "Wise Interventions." After graduate school, he worked for a year as a fellow in the Office of Senator Hillary Rodham Clinton and then completed a postdoctoral fellowship at the University of Waterloo.

Walton received his A.B. in Philosophy from Stanford and a Ph.D. in Psychology from Yale University.