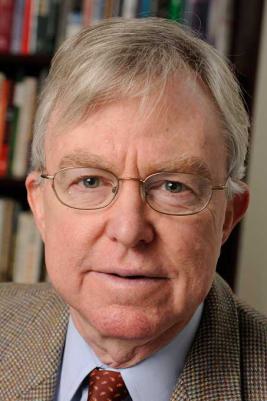 Robert Moffitt is the Krieger-Eisenhower Professor of Economics at Johns Hopkins University, where he has worked since September 1995. Prior to assuming his position at Johns Hopkins, Professor Moffitt was Professor of Economics at Brown University, where he taught for eleven years. Professor Moffitt's research is on the economics of the labor market, the family, and welfare systems for the poor. He has also studied statistical, econometric, and methodological issues in economics and other social science research, including a focus on data quality issues. Dr. Moffitt is the past chief editor of the American Economic Review, a past Coeditor of the Review of Economics and Statistics, and has served on several government advisory committees, commissions, and data set advisory committees. He is an active participant in federal and state policy gatherings on welfare reform and other social policy issues. He is a Fellow of the Econometric Society, a Fellow of the Society of Labor Economists, a National Associate of the National Academy of Sciences, a recipient of a MERIT Award from the National Institutes of Health, a recipient of a Guggenheim Fellowship, and a past Vice-President of the Population Association of America.

Income Volatility and the PSID: Past Research and New Results