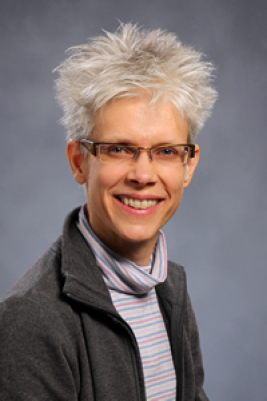 Susan Murphy is the Professor of Computer Science at the Harvard John A. Paulson School of Engineering and Applied Sciences, and a Professor of Statistics at the Radcliffe Institute, also at Harvard University. Prior to this, she was H.E. Robbins Professor of Statistics, Professor of Psychiatry and Research Professor at the Institute for Social Research, University of Michigan. She was a 2007-8 Invited Fellow at the Center for Advanced Study in the Behavioral Sciences, Stanford University and an 1998 IMS Special Invited Lecturer at the Joint Statistical meetings. She received an NSF Mid-Career Methodological Opportunities Fellowship in 1999 and a National Institute on Drug Abuse K02 Mid-Career Award (2002-7). She has served on numerous professional committees, including serving as IMS program chair (2000-2003) and co-chairing the SAMSI National Advisory Committee (2012-). She is an elected fellow of ASA, IMS and an elected member of the ISI. She is a former editor of the Annals of Statistics, was a guest co-editor for a special issue in Drug and Alcohol Dependence and served on the editorial board of the Annals of Statistics, Biometrics and Sociological Methodology. She is a current member of the NIMH Interventions Review Committee for Adult Disorders. Her research interests include causal inference concerning dynamic or individually tailored treatment regimes, sequential decision problems and inference for high dimensional models.

Murphy received a B.S. in Mathematics from Louisiana State University in 1980, and a Ph.D. in Statistics from the University of North Carolina in 1989.

Getting SMART about Adapting Interventions