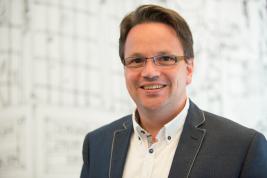 Thomas Dohmen is the Professor of Applied Microeconomics at Universität Bonn (Germany) and Professor of Education and the Labour Market at the School of Business and Economics of Maastricht University. From December 2007 until December 2012, he was Director of the Research Centre for Education and the Labour Market (ROA). From January 2003 until November 2007, he was employed as a Research Associate at IZA. He studied economics at Maastricht University, where he received his Master's degree (M.A.) in Economics in December 1998 and his doctoral degree in May 2003. He also holds an MSc in Economics from the University of Warwick (England). He is a research fellow at IZA in Bonn and a research professor at DIW in Berlin, where he closely collaborates with the group that designs and develops the German Socio-Economic Panel (SOEP). His current research interests are in behavioral and experimental economics, applied microeconometrics, life-cycle formation of cognitive & non-cognitive skills, psychology of incentives, personnel and organizational economics. His articles have appeared in journals such as the American Economic Review, Review of Economic Studies, Review of Economics and Statistics, Economic Journal, Journal of the European Economic Association and Science.

Dohmen holds M.A.s in Economics from both the University of Warwick (England) and Maastricht University.

Willingness to take risk: The role of risk conception and optimism
Patience and the Wealth of Nations
The Nature and Predictive Power of Preferences: Global Evidence