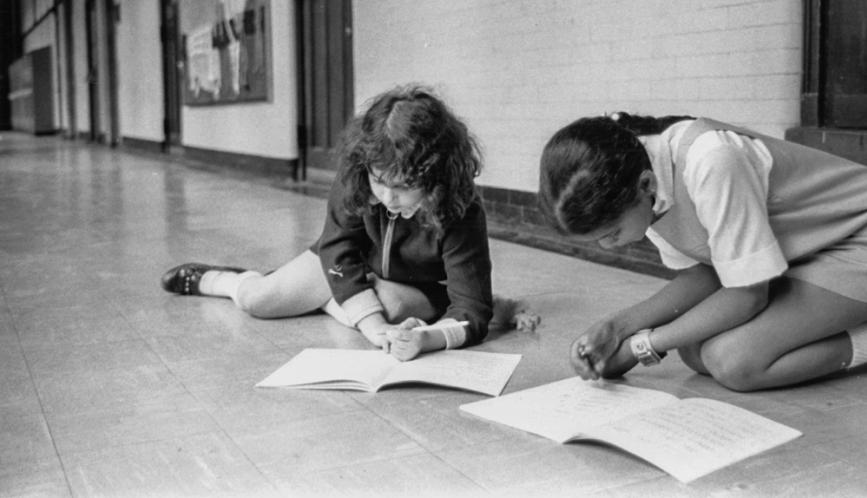 Over the past several decades, school choice has proliferated in the developed world. According to 2009 data from the Organisation for Economic Cooperation and Development (OECD), 25 out of 53 participating countries offered school vouchers or tuition tax credits that compensate parents for some costs of private schools. Proponents of school choice argue that it gives parents more options for their children and can increase school quality by making schools compete for students. Yet there is significant resistance to school choice, claiming that it increases segregation and creates more inequality.

MIP Network member Caterina Calsamiglia and her co-authors Francisco Martínez-Mora and Antonio Miralles study this question in the recent HCEO working paper, “Sorting in Public School Districts under the Boston Mechanism.” In the Boston Mechanism, parents rank their preferences for available schools. “A multi-round algorithm is then used to assign children to schools round by round,” the authors write. In the first round of assignment, students are only considered for their top choice. Schools assign spots to these students following their priority until there are no spots left. If there is over-demand, some students will be rejected and will go onto another round based on their ranking. The authors find that the Boston Mechanism “facilitates the creation of elite schools within the public system,” a problem that is only exacerbated when private schools are also present.

As Calsamiglia notes, the majority of governments that implement school choice use the Boston Mechanism, particularly the areas where school choice has been an option for many years. “We showed that the choice of the assignment mechanism, along with the details of the institutional context in which it is applied, are crucial for the resulting distribution of children across public schools and for the degree of equality of opportunities offered by the education system,” the authors write. The Boston Mechanism was found to foster “ability and socioeconomic segregation across otherwise identical public schools, even when schools do not have priorities over local students.”

Though school choice is a widely-researched area in economics, little attention has been paid to the effects of peer composition. This paper is the first to study the workings of specific school choice mechanisms with regard to private school options and peer effects. “Usually people in the school choice literature say there’s school quality A and school quality B,” Calsamiglia says. “They don’t think about the fact that whether other people get assigned to A or B has a large impact on how much you like A or B.” Put simply, who is assigned to a given school affects the quality of that school, and thus what parents think about that school. “Everyone likes to be with better peers in schools, but better peers benefit more from those better peers,” she notes.

With the Boston Mechanism, parents are able to manipulate the system in their ranking. “Each parent needs to balance her preferences with her chances and may prefer to rank a moderately good school with high acceptance probability in first position instead of her most-preferred alternative,” Calsamiglia says. She notes that parents who can afford to send their children to private schools will play a riskier game with their preferences. These parents will apply for the best school in the public system, knowing that if they don’t get in, they can choose a private option instead. Parents without this ability are less likely to apply for the best school; it’s riskier for them because if they don’t get in “they will end up in the worst school in the system,” she notes. “The mechanism itself can affect the school composition and the segregation observed.”

Under the Gale-Shapley “deferred acceptance” Mechanism, the authors write, “no such elitization nor sorting occurs.” This mechanism works almost identically to the Boston Mechanism; the only difference is that acceptance into a school is tentative as opposed to permanent. “A student accepted at some school at some round only gains the right to continue being considered at the same school in the next round,” the paper notes. “It is perfectly possible that she gets rejected in further rounds, since in each round the school selects among a different set of students.” Even if private schools are present, Calsamiglia says, this segregation would not happen.

Calsamiglia says that the impact of the private school sector on public schools has not been sufficiently studied. “You can play a risk game in the public system because the private system works very differently,” she says. “You can access it by paying and that’s it. Those who can pay have a different safe option that other people do not, and that option affects how they play within the public system.

“We’re very accustomed to thinking that people who have more resources will have access to better private services. But I don’t think people would find it equally acceptable that having access, or being able to pay for this private option, leads to increased access to the best public services.”

These findings have serious policy implications; the paper notes that the OECD and other groups have voiced concerns over the inequities in school choice. In Detroit, which began implementing school choice in the early 1990s, decades of public school closures and a vast expansion of charter schools have not resulted in improved student performance. “The state is currently ranked 41st in the nation in fourth-grade reading, when it was 28th in 2003,” Vice reports. In April, Arizona passed legislation letting all public school students access their share of state funding for private school, homeschooling, or online education. New Orleans has just five remaining public schools, after the city’s education system underwent massive changes in the wake of Hurricane Katrina.

“I think understanding that the school choice procedure will also affect the school composition and school quality, basically, is very important,” Calsamiglia says. “I think that has been largely ignored because the school system was taken as given, but we’re missing in our analysis that a big part of what the school quality is, is precisely determined by the children that will get assigned to them.”

She says that cities that are now starting to implement school choice are opting for the Gale-Shapley “deferred acceptance” system. “It is not clear which one of the two is better,” she says. “There’s a whole debate empirically and theoretically of which one of the two is better, but here’s another argument to take into account that may lead you to choose one over another.”

Thanks to Caterina Calsamiglia, Francisco Martínez-Mora, and Antonio Miralles for their assistance in completing this article.