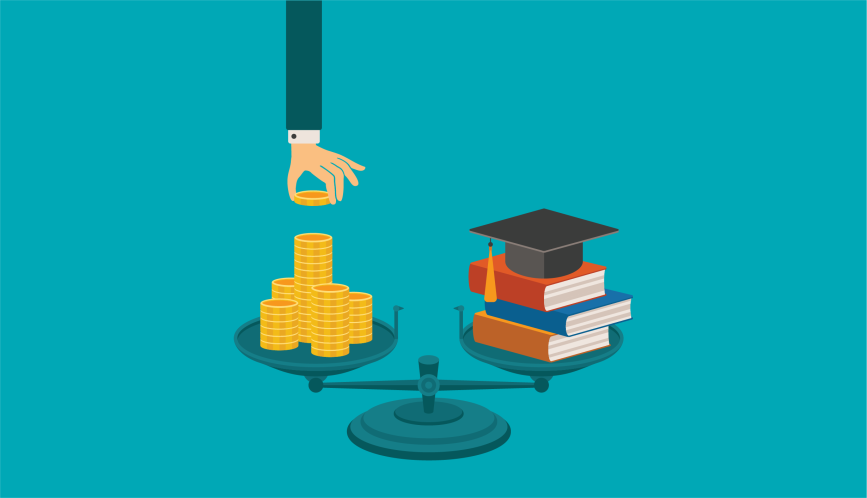 College costs have risen exponentially in the past several decades. When adjusted for inflation, tuition has more than doubled since 1986, according to data from the College Board. Demand for student loans has increased along with the higher price tag for college, as the burden of paying for schools shifts from the government to individuals. In the U.S., student loan debt increased by $29 billion last quarter, according to numbers released in May by the Federal Reserve Bank of New York.

The disconnect between the cost of higher education and student borrowing is at the center of an HCEO working paper by Markets network leader Lance Lochner and Markets network member Alexander Monge-Naranjo. In “Student Loans and Repayment: Theory, Evidence and Policy,” the authors make the case for a reform of our student loan system. Lochner and Monge-Naranjo note that, when designing and evaluating student loan programs, it is essential to quantify expected payment amounts from different kinds of borrowers and to identify different labor market outcomes.

Lochner, Professor in the Department of Economics, CIBC Chair in Human Capital and Productivity, and Canada Research Chair in Human Capital and Productivity at the University of Western Ontario, points out that loan programs need to take into account not only the rising cost of tuition, but also the huge increase in the number of college-goers. Undergraduate enrollment increased 47 percent between 1970 and 1983, according to the U.S. Department of Education’s National Center for Education Statistics. Between 2002 and 2012, enrollment in degree-granting institutions increased 24 percent.

As the authors point out, since 1989 the percentage of college graduates that borrowed more than $30,000 increased from 4 percent to 30 percent. Despite this increase in borrowing, government loan limits remained unchanged from 1993 to 2008. “Adjusting for inflation, this reflects a nearly 50% decline in value,” the authors write. In addition to questioning loan program design, the authors also ask if students are borrowing too much, and if there is enough flexibility in repayment.

The increase in college-related debt coupled with an uncertain job market has also meant an increase in student loan default rates. According to the Federal Reserve, 20 percent of all federal loan borrowers have defaulted on their loans, meaning that there are $121 billion of loans in default. The paper notes that default rates are highest for minorities and students from low-income families. In addition, 40 percent of all borrowers are not making any payments, and are in some sort of forbearance, delinquency or default.

According to Lochner, default isn’t always a bad thing. “I was a bit surprised by that,” he says. It can be difficult for loan programs to take into account every type of income contingency, making default an important option for efficient contracts.

Governments have designed their student loan programs in a myriad of ways, with varying repayment success. Many countries resemble the U.S. in that students can borrow for tuition and living expenses, payments can be deferred until students have left school, and repayment is debt-based. As the authors note, some countries, including Australia, New Zealand, the United Kingdom, and Canada, have “explicit income-contingent repayment programs.”

Australia and New Zealand differ from the U.S. in that they charge zero real interest. Australia also differs in offering different fee caps depending on a student’s course of study i.e. a student pays more for studying physics than for studying history. The United Kingdom, which recently saw tuition increases, has a more progressive repayment system than the U.S. Like Australia and New Zealand, students only begin repayment once their income is above a certain minimum. For all countries, repayment is collected through the tax system, so there is no equivalency to default.

The U.S. poses a particular challenge for student loan design, because of its huge private sector. “The same program isn’t going to be right for every country,” Lochner says.

One of the hindrances to progress is the lack of data. “We need to have better measurement from empirical work, thinking about how important is moral hazard, how costly is it,” he says. “The big problem I see right now is we don’t have the evidence to put more meat on this.

“That’s probably why the Obama Administration hasn’t done much in this regard.”

It’s not just about how lenders should act, of course. Loan programs have real-world effects on which students attend college and where, what they study and what their job options are. “It’s about designing loan contracts and financing higher education in a way that maximizes the potential for students to make the right choices,” Lochner says, from what school to attend to what course to study. “It's about finding ways to provide some insurance to allow students to make choices.”

Further research is also needed to look at optimal tuition costs. Lochner notes that we should be asking what the right price is for an education. “That’s a tricky issue but it gets to the heart of some of these concerns of people taking on these large debts,” he says. Some borrowers blame the system for letting them take on excessive amounts of debt. “How much should we be asking students to pay and their families to pay versus society and government?” he asks.

The research in “Student Loans and Repayment” offers practical guidance on the optimal design of loan programs, which has far-reaching policy implications. According to the Federal Reserve, Americans owe more on student loans than any other type of debt besides home mortgages. U.S. student loan debt is now at $1.26 trillion, compared to $712 billion of credit card debt.

“This could affect labor market productivity for a long time to come,” Lochner says. “There's a big value in getting this right and that’s what we’re trying to do.”

Thank you to the authors, Professor Lance Lochner and Professor Alexander Monge-Naranjo, for their assistance in completing this article.