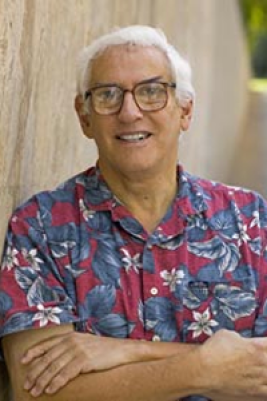 Burton Singer is Courtesy Professor in the Emerging Pathogens Institute and the Department of Mathematics at University of Florida. On July 1, 2009, he retired from Princeton University where he had been Charles & Marie Robertson Professor of Public and International Affairs. He also had affiliated faculty appointments in the Programs in Applied & Computational Mathematics, Environmental Studies, African Studies and the Department of Ecology and Evolutionary Biology at Princeton. He was formerly chair of the Department of Epidemiology and Public Health and professor of economics and statistics at Yale University. From 1967 - 1984 he was professor of mathematical statistics at Columbia University. He has served as chair of the National Research Council Committee on National Statistics and as chair of the Steering Committee for Social and Economic Research in the World Health Organization Tropical Disease Research (TDR) program. He is currently a member of the Research Board for the Gulf of Mexico Research Initiative (GRI). He was elected to the National Academy of Sciences (1994), the Institute of Medicine of the National Academies (2005) and was a Guggenheim fellow in 1981-1982. Singer's research has focused on three principal areas: identification of social, biological, and environmental risks associated with vector-borne diseases in the tropics; integration of psychosocial and biological evidence to characterize pathways to alternative states of health; and statistical and mathematical methods for empirical representation of multi-dimensional interacting stochastic processes. His research program has included studies of: the impact of migration and urbanization on malaria transmission in the western Amazon region of Brazil and in Dar es Salaam, Tanzania; and the biological correlates of well-being, and health consequences of gene-environment interactions focused on the social environment. Methodological contributions include papers and a book on recursive partitioning (with Heping Zhang), and a mathematical formulation of a combinatorial theory of randomness (with Steve Pincus). His current research has an emphasis on plant pathogens and their evolutionary and transmission dynamics.

Singer received a B.S. in Engineering Science and M.S. in Mechanical Engineering, both from the Case Institute of Technology in 1959 and 1961 respectively, and a Ph.D. in Statistics from Stanford University in 1967.

Can an attribution assessment be made for Yellow Rain? Systematic reanalysis in a chemical-and-biological-weapons use investigation