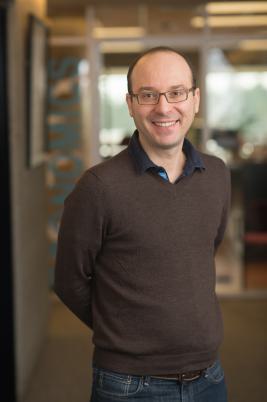 Giovanni Gallipoli is a Professor at the Vancouver School of Economics, UBC. Gallipoli's research focuses on the role of heterogeneity in shaping individual behaviors and aggregate economic outcomes. Dr. Gallipoli has worked on a variety of topics, including the general equilibrium effects of policies that promote skill formation; the link between skill heterogeneity in the working population and a country's comparative advantage; the effects of family interactions on labor supply, children outcomes, and intergenerational mobility; the link between occupation heterogeneity and inequality; and the role of information diffusion and complementarities in in the private provision of public goods.

Gallipoli is a recipient of the Killam Research Award (2020), the FEEM Award (2009) and the Young Economist Award (2003) of the European Economic Association, as well as a former Fulbright Scholar (1998). He is also a former Weatherhall fellow and a CEPR research fellow.

Gallipoli is an alumnus of the Sant'Anna School of Advanced Studies and the University of Pisa in Italy. He received his Ph.D. in Economics from University College London (UK) in 2007.

Life in Shackles? The Quantitative Implications of Reforming the Educational Loan System
Equilibrium Effects of Education Policies: A Quantitative Evaluation