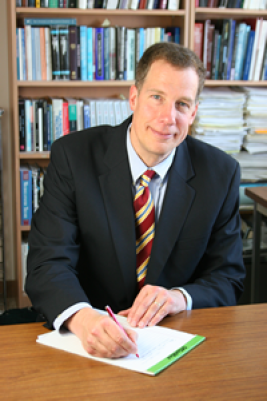 John Karl Scholz is the economics department chair and the Nellie June Gray Professor of Economic Policy at the University of Wisconsin - Madison. In 1997-98 he was the Deputy Assistant Secretary for Tax Analysis at the U.S. Treasury Department, and from 1990-91 he was a senior staff economist at the Council of Economic Advisors. He directed the Institute for Research on Poverty at UW-Madison from 2000-2004. Professor Scholz writes on diverse topics including household saving, the earned income tax credit and low-wage labor markets, financial barriers to higher education, and bankruptcy laws. His research has appeared in leading economics journals, including The American Economic Review, The Quarterly Journal of Economics, Journal of Political Economy, and the Review of Economic Studies. In 2007 Scholz and his colleagues Ananth Seshadri and Surachai Khitatrakun were awarded the twelfth annual TIAA-CREF Paul A. Samuelson Award for Outstanding Scholarly Writing on Lifelong Financial Security for their paper "Are Americans Saving 'Optimally' for Retirement." He is coeditor of the American Economic Journal - Economic Policy and is a Research Associate at the National Bureau of Economic Research.

Scholz received a B.A. in Economics and Mathematics from Carleton College in 1981, and a Ph.D. in Economics from Stanford University in 1988.