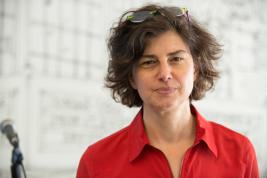 Rachel Kranton is a James B. Duke Professor of Economics at Duke University. She studies how institutions and social settings affect economic outcomes. She develops theories of networks and has introduced identity into economic thinking. Her research contributes to many fields, including microeconomics, economic development, and industrial organization. She has been awarded fellowships at the Russell Sage Foundation in New York and the Institute for Advanced Study in Princeton. She joined Duke’s faculty in 2007. Rachel Kranton was awarded a Chaire Blaise Pascal in 2010 and elected Fellow of the Econometric Society in 2012.