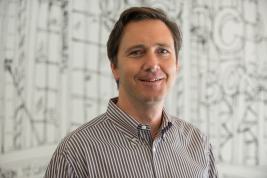 Richard Reeves is a senior fellow at the Brookings Institution in Economic Studies, where he also co-directs the Center on Children and Families. He is also an associate director of CentreForum in London. Before his move to Washington, DC in the summer of 2012, he worked as director of strategy to the UK's Deputy Prime Minister, where he led the Government's work on social mobility. He is a former director of Demos.

Richard is the author of John Stuart Mill - Victorian Firebrand, an intellectual biography of the British liberal philosopher and politician. His previous roles include director of futures at the Work Foundation; principal policy advisor to the Minister for Welfare Reform, research fellow at the Institute for Public Policy Research, and a researcher at the Institute of Psychiatry at the University of London.

Richard V. Reeves on the Myth of Meritocracy
The Murky Political Economy of Inequality
A Look at the Measurement, Interpretation, and Policy (MIP) Network