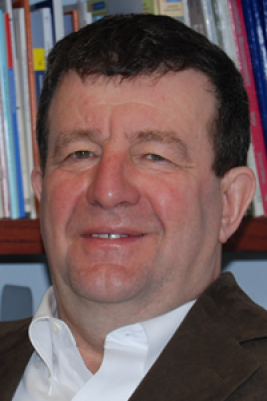 Shlomo Weber is Rector at the New Economic School, Moscow, as well as Emeritus Professor of Economics, Department of Economics, Southern Methodist University.

Professor Weber served as the Chairman of the Department of Economics at SMU, the Research Director of Center for Operations Research and Econometrics (CORE) at the Catholic University of Louvain, Belgium, and the Academic Director of the International School of Economics, Tbilisi, Georgia. He received various international prizes, including Alexander von Humboldt Prize for outstanding foreign scientist and the 3rd wave Megagrant Award for outstanding scientists from the Russian Ministry of Education and Science. Professor Weber serves as a member of the Executive Committee of the Board of Directors of Global Development Network (GDN) and of the International Advisory Board of Economic Education Research Consortium (EERC). He serves as the International Scholar on Behalf of HESP-AFP at the National University of Mongolia.

Professor Weber has published more than 100 articles in leading journals in economics and political science. His recent interests focus on documentation, measurement, and impact of societal diversity and social interactions in heterogeneous societies. His recent book (joint with Victor Ginsburgh) How many languages do we need? Economics of linguistic diversity has been published by the Princeton University Press. He also edited (with Michael Alexeev) The Oxford Handbook of Russian Economy, the most comprehensive description of the current state of Russian Economy, published in 2013 by the Oxford University Press.