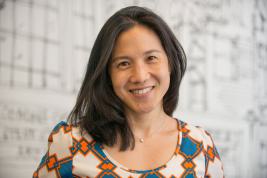 Angela Duckworth is an Associate Professor in the Department of Psychology at the University of Pennsylvania. She studies individual differences that predict achievement. Her research centers on self-control (the ability to regulate emotions, thoughts, and feelings in the service of valued goals) and grit (perseverance and sustained interest in long-term goals). In prospective, longitudinal studies, she documents the relationships among self-control, grit, and intelligence, and their prediction of academic and professional achievement. Whenever possible, she takes a multimethod, multisource approach to the assessment of traits, employing self-report, informant report, and behavioral measures. Most recently, she has become interested in the intersection of personality psychology and economics, two fields which share research questions (e.g., which individual differences are most important to socioeconomic success) and whose distinct methodological and conceptual advances might profit the other.

Temperament in the Classroom