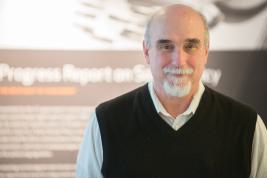 Lawrence E. Blume is the Goldwin Smith Professor of Economics at Cornell University, a Visiting Research Professor at IHS, and a member of the external faculty at the Santa Fe Institute, where he has served as Co-Director of the Economics Program and on the Institute's steering committee.

He teaches and conducts research in general equilibrium theory and game theory, and also has research projects on the theory and measurement of behavior in social networks. Along with Steven Durlauf, Blume is one of the general editors of The New Palgrave Dictionary of Economics.