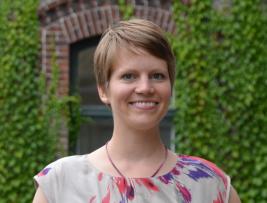 Miriam's research interests include labor economics, the economics of education, and applied microeconometrics. Together with James J. Heckman and Maryclare Griffin, she is working on a reanalysis of the Chicago Child Parent Centers. She has also worked on the returns to education, wage inequality in the U.S., intergenerational occupational mobility, and the role of multi-dimensional abilities and psychological traits on occupational choice.

Gensowski earned a Master's from the Institut d’Etudes Politiques (Sciences Po), Paris in 2000, an M.Sc. in International Economic Studies from Maastricht University in 2006, and an M.A. and Ph.D. in Economics from the University of Chicago in 2008 and 2013, respectively.

Miriam Gensowski on the Causes & Consequences of Inequality