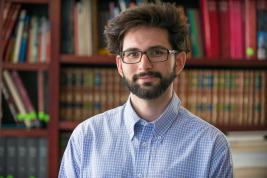 Pietro Biroli is starting as an Assistant Professor at the University of Zurich. He is interested in the process of health and human capital development in children and adolescents. In particular, his current research explores the interaction between genetics, family investments, and early childhood interventions in explaining the long-term inequality across gender and socioeconomic status. More broadly, he is interested in Labor Economics, Health Economics, and Applied Microeconometrics.

Beyond Barker: Infant Mortality at Birth and Ischaemic Heart Disease in Older Age
The Economics and Econometrics of Gene-Environment Interplay
Evaluation of the Reggio Approach to Early Education