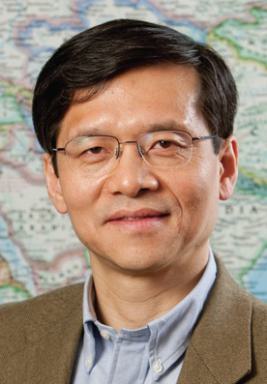 Yu Xie is Otis Dudley Duncan Distinguished University Professor of Sociology, Statistics, and Public Policy at the University of Michigan. At Peking University, he is Visiting Chair Professor of Sociology and Director of the Center for Social Research. He is also a Research Professor at the Population Studies Center and the Survey Research Center of the Institute for Social Research, and a Faculty Associate at the Center for Chinese Studies. His main areas of interest are social stratification, demography, statistical methods, Chinese studies, and sociology of science.  His recently published works include: Women in Science: Career Processes and Outcomes (Harvard University Press 2003) with Kimberlee Shauman, A Demographic Portrait of Asian Americans (Russell Sage Foundation and Population Reference Bureau 2004) with Kimberly Goyette, Marriage and Cohabitation (University of Chicago Press 2007) with Arland Thornton and William Axinn, Statistical Methods for Categorical Data Analysis with Daniel Powers (Emerald 2008, second edition), and Is American Science in Decline? (Harvard University Press, 2012) with Alexandra Killewald. He is a member of the American Academy of Arts and Sciences, Academia Sinica, and the National Academy of Sciences.

Xie received a B.S. in Metallurgical Engineering from Shanghai University of Technology in 1982, and an M.S in Sociology, an M.A. in the History of Science, and a Ph.D. in Sociology from the University of Wisconsin–Madison in 1984 and 1989 respectively.