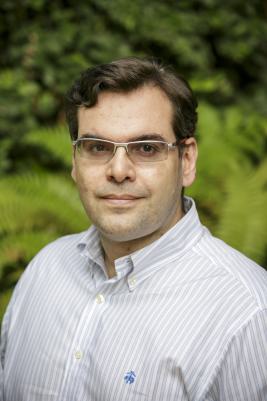 Rodrigo Pinto is an Assistant Professor of Economics at University of California, Los Angeles. Pinto was a Fulbright Scholar (2004-2009) and a McArthur Fellow. Working with the Nobel Laureate in Economics Dr. James Heckman, he has published a series of papers on the economics of human capital accumulation of early childhood interventions and policy evaluations. His research focuses on modeling, inference, cost-benefit analysis, external validity and treatment effect estimation of social experiments. Among the experiments he has analyzed are the Perry Pre-school Intervention, High/Scope Comparison Study, Abecedarian Project, Nurse-Family Partnership, Moving to Opportunity, and Primeira Infancia Melhor (in Brazil). In the past, he has served as a researcher for the National Bureau of Economic Research (NBER). Pinto is a frequent speaker on human capital accumulation on early childhood. He holds a MS in Economics from the Fundacao Getulio Vargas (EPGE), Rio de Janeiro, Brazil, and a BA in Civil Engineering from the State University of Campinas (UNICAMP), Sao Paulo, Brazil.

Genetics and Behavior: Notes on Twin Models
The Economics of Inequality and Human Development
Statistical and Econometric Issues in Evaluating Early Childhood Interventions