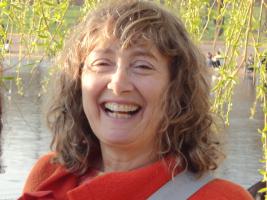 Shoshana Grossbard is Professor of Economics emerita at San Diego State University. Her research interests include labor economics, economics of the family, economics of gender, and law and economics. Most of her research deals with the economics of marriage. She earned her B.A. degree in Economics and Sociology at the Hebrew University of Jerusalem, Israel, and her Ph.D in Economics at the University of Chicago. Shoshana has published seven books, including The Marriage Motive (2015), and 80 peer-review book chapters and journal articles, including some in leading journals such as the Journal of Political Economy and the Economic Journal, and 15 since 2015. Shoshana is ranked among the top 5% of women in economics and of all economists according to REPEC (Research Papers in Economics). She tweets @econoflove. She is founding and current editor of the Review of Economics of the Household published by Springer/Nature and President and Founder of the Society of Economics of the Household (SEHO).

Women and Economics Workshops Run by Gary Becker and Jacob Mincer at Columbia University and the University of Chicago
Spouses' Income Association and Inequality: A Non-Linear Perspective
The Gender Gap in Citations: Lessons from Demographic Economics Journals